For this five week course, we are sharing stories, poems and art from ancient cultures around the world. This week, we looked at Māori culture and the story of Maui the demi-god who pulls up Te Ika a Maui (known today as the North Island of New Zealand), with his magic fishing hook. The slashes and cuts made by his brothers fighting over the land were said to have created the many mountains and valleys of the North Island today.

After listening to the story and looking at some images of Maori sculpture and art (rich in symbolic pattterns), the children drew some pictures in their books and wrote down some ideas for their own stories, such as imagining what else may have been hooked on the magic fishing hook, and how Maui felt when his brothers refused to take him fishing. 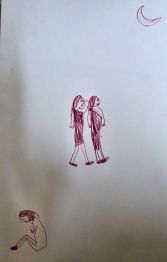 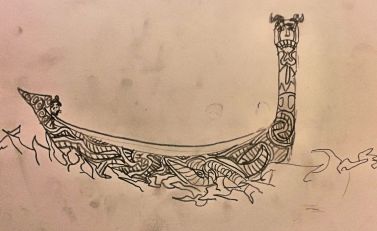 After the break, the children chose one of their drawings to develop into a print. We used styrofoam to etch into, ran the ink over it and printed it – one to take home, and one for their books. They then worked on their own stories. There was no pressure to read them out, but the children enjoyed sharing their ideas and knowledge about myths in general. Most didn’t know much about Maori culture, but lots about the Greek myths, which we agreed to investigate next week. One boy decided to write part two of his story when he got home. 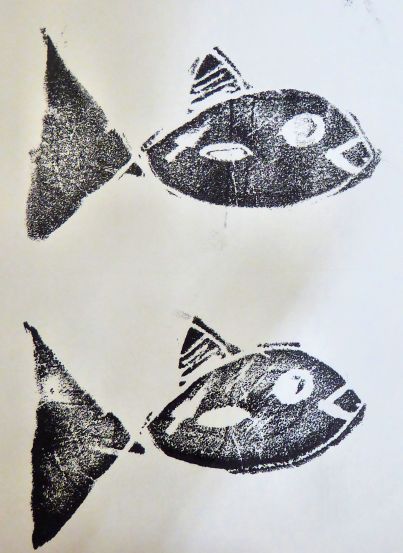