Week Two of the Children’s Illustration and Writing course at Llanover Hall, produced some varied and interesting interpretations of Medusa, including one rock star version! After listening to the story, the seven children (aged between 6 and 11), got to work with pens and pencils to produce these wonderful works. 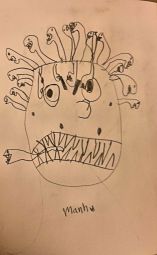 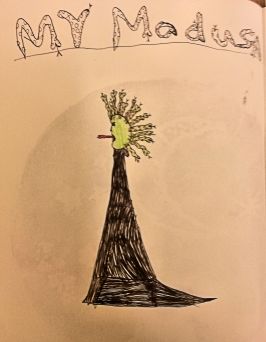 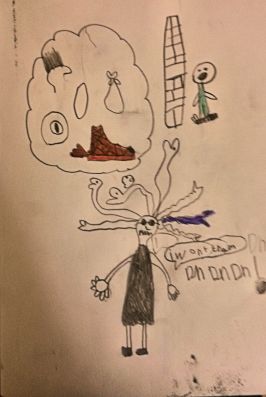 I asked them to think about writing their own version of the tale, perhaps from the perspective of Medusa, or imagining a different outcome. One little girl imagined that Medusa fell in love with a statue – one of the ill-fated heroes she had turned to stone. The three witches with their one detachable eye was also a source of fascination.

This week, we tried some mono printing. Here is one plate and the resulting print, equally beautiful. It depicts Perseus’ mother, sad because her son has gone away and she has to marry the evil king, with Medusa creeping up behind her. 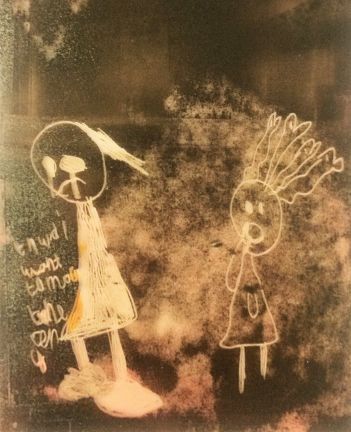 Some more mono prints of Medusa, and Perseus’ shield that saves him from being turned to stone: 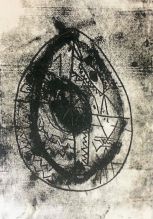 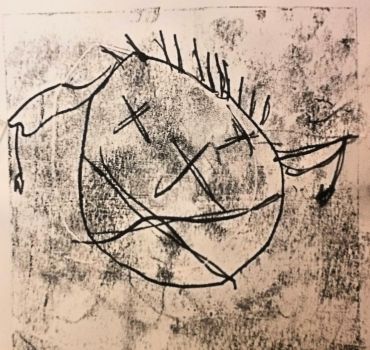 We also talked about the story of Theseus and the Minotaur and other Greek myths. One boy wrote his story combining elements of the two tales, and Flo did a monoprint of the cyclops. 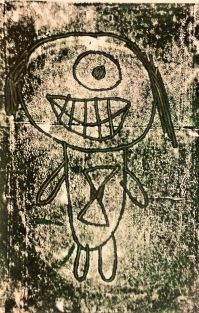