Recently, I have been asked to run a couple of taster sessions for YMCA Cardiff Design For Life. The learners were keen to work with clay, as this is something they hadn’t tried before.

Clay is so tactile, soothing and grounding. Several learners commented that they had come reluctantly to the session, thinking it would be ‘boring’, but they had actually found it ‘relaxing and enjoyable’. The time passed very quickly, and seemed to open up a space for discussion about significant things. I asked the participants to create something that represents them, and one man sculpted miniature versions of the tools that he had used as a woodcarver. He included a mallet, two types of gauge with handle, and his unfinished sculpture. 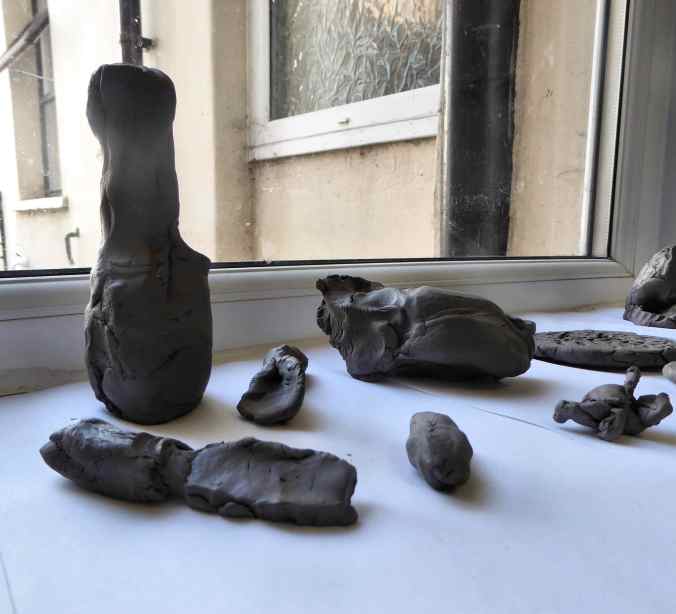 Another learner had the use of only one hand due to a stroke, but was able to create two pieces that were meaningful to him. An ashtray, signifying his struggle to give up smoking, transformed into a clam shell into which he inserted a perfect pearl. 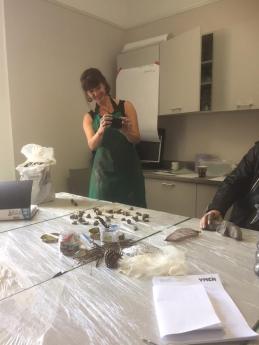 we pass the clay from hand to hand, raw and smooth,

an ashtray becomes a clam shell with a pearl,

a woodcarver recreates his tools.

the sea washes up a shoe, stones for skimming,